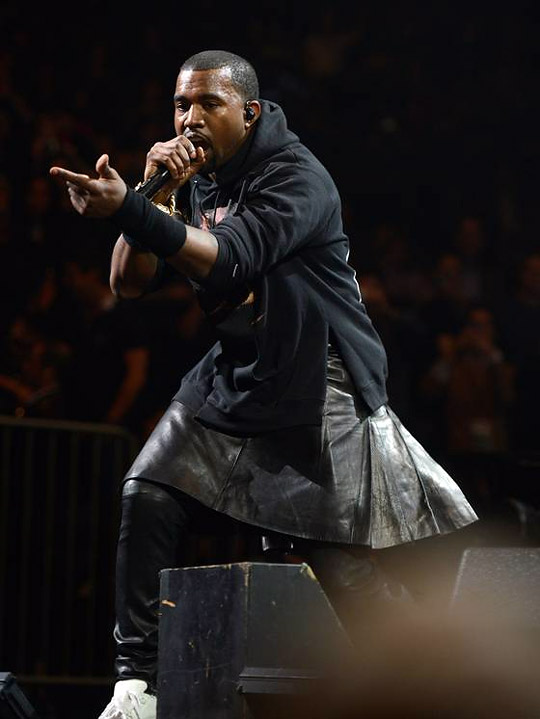 Kim Kardashian is busy playing catch-up with taping on ‘Kourtney and Kim Take Miami,’ considering she’s been out of the country and/or on numerous photo shoots and business trips lately. Did Kimmy take time out to watch her boyfriend, Kanye West, perform at the 12/12/12 concert for Hurricane Sandy relief in New York City on Wednesday night?

Actually, no. Surprisingly, Kim Kardashian wasn’t on hand to cheer her man on as he gave a memorable performance at New York’s Madison Square Garden. She was watching, though. In fact, during the show, Kim K. tweeted to her millions of Twitter followers that she thought Yeezy looked “cute.” Cute? The man was wearing a leather kilt, or a skirt, or something like that. Cute is probably not what he was going for. Bold, maybe, but not cute. Still, at least Kimmy was paying attention, and she did say she was “excited,” so perhaps the fashion statement worked on some level.

Anyone who watched Kanye West’s concert performance had to wonder if Kim Kardashian was behind this latest fashion statement. She’s been all about leather in recent weeks, so did she loan her skirt to Kanye for the show? Was this a specific “man skirt” or what?

Kardashian fans, what did you think? Did Kim Kardashian influence Yeezy’s decision to wear a leather kilt in front of billions around the globe, or what?