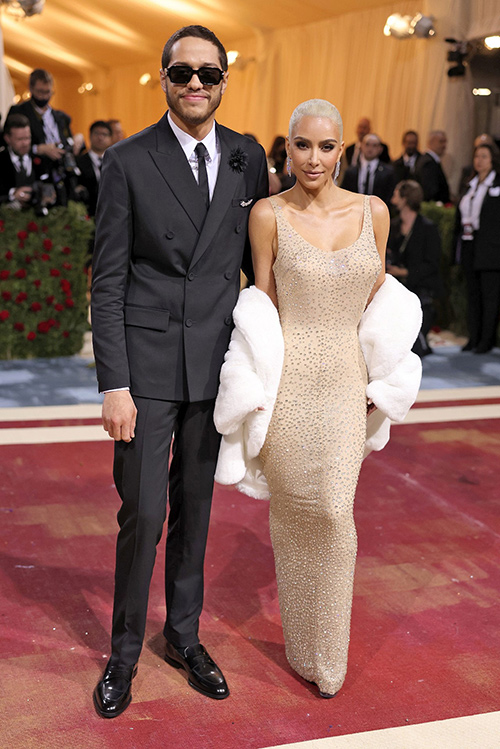 Kim Kardashian and Pete Davidson’s relationship has definitely taken things to the next level. The couple has been dating since last October, and a lot has happened in that time: the first date, the first vacation in the Bahamas, the first time they walked the Met Gala track together, and even the first quarrel with the beloved’s ex-husband.

Over the months, Kim introduced Pete to her family and children, and he, in turn, brought her to his mom Amy. As it turns out, Amy Davidson just adores Kim Kardashian. “She thinks Kim is perfect for her son and doesn’t care about the fame or money of her chosen one,” a source close to her confessed to Hollywood Life. And Amy also admitted that she has never seen anyone treat her son with so much love and respect.

It has also come to light that Amy likes to give Kim parenting advice, despite the fact that she thinks she is the perfect mom. Well, it looks pretty sweet, the important thing is that it doesn’t become a problem in their relationship years from now, as it usually is.

By the way, Kim herself apparently treats her possible mother-in-law as perfectly as she does her. For example, for Mother’s Day the star presented her with a huge flower arrangement, without even telling Pete about it.