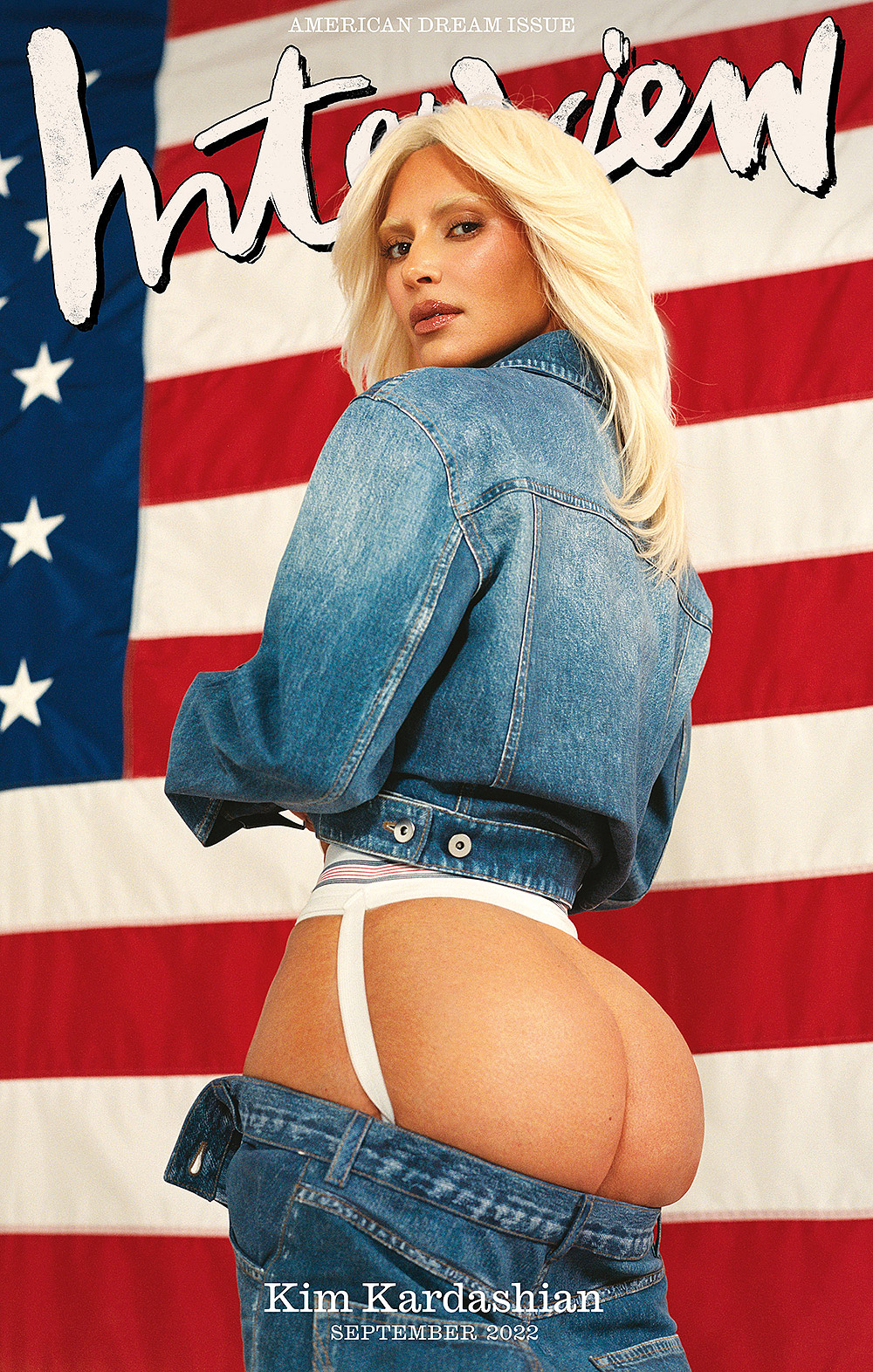 Kim Kardashian got into a scandal because of her next candid photo shoot. The author of the photo was British artist Nadia Lee Cohen. Relevant photos and videos appeared on her Instagram page. Many Americans were offended by the impressive naked buttocks of Kanye West’s ex-wife in front of the American flag.

Kim Kardashian puzzled many fans with her appearance. The star appeared as an ash blonde with lightened eyebrows, becoming the main character of Interview magazine’s special American Dream Issue, which is dedicated to the “American dream.”

Above all, however, everyone paid attention to Kim Kardashian’s pants down and her huge buttocks flaunting against the American flag. The candid shooting of the star in front of the state symbols of the United States caused a wave of criticism on social networks:

“Why I thought that was one of the Wayans brothers on ‘White Chicks?’ ” – asked one Twitter user.

Fans berated Kardashian’s image in comments under the publication, which gathered more than 1 million likes. “The curse of the U.S.,” “That doesn’t look like Kim at all. I didn’t even recognize her until I read the comments,” “What’s going on with her anyway?”, “This is not an example for young people,” “Kim, where did you go? This doesn’t look like you,” “There’s one phrase for it all: ‘Wear the flag like underpants,'” they said.

Kim also posted a few more pictures. In one of them, she is captured in a T-shirt, through which her naked breasts are shone through. In addition, the sex tape star has tried on a red leather top with a studded collar around her neck. In another piquant photo, again you can see the American flag – but this time already on Kim Kardashian’s panties.