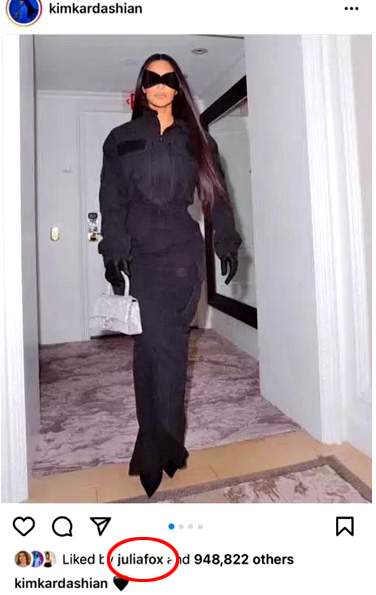 Kanye West and his new girlfriend, actress and model Julia Fox, allegedly broke off their relationship. The 32-year-old star of the TV series “Uncut Jewels” liked Kanye’s ex-wife Kim Kardashian’s post and deleted all photos of the rapper from her page.

In addition, according to the Daily Mail, paparazzi spotted the celebrity with tears in her eyes as she flew out of Los Angeles airport alone. There have been no official statements about West and Fox’s breakup.

Last week, sources told E! News that Fox “doesn’t have the energy” to invest more in her relationship with the rapper.

“Julia is primarily a mom, and her family and work commitments are in New York,” the source said of the actress. According to his sources, the romance between the couple has ended. “Although they remain close, their relationship has evolved,” the source said.