When it comes to loyalty, not much can compare with the Kardashian sisters. You mess with one of them, you mess with them all. Kourtney Kardashian certainly proved that even time can’t mend wounds this week in Miami, Florida, when she absoultely refused to sit anywhere near sister Kim Kardashian’s ex-boyfriend, Reggie Bush! 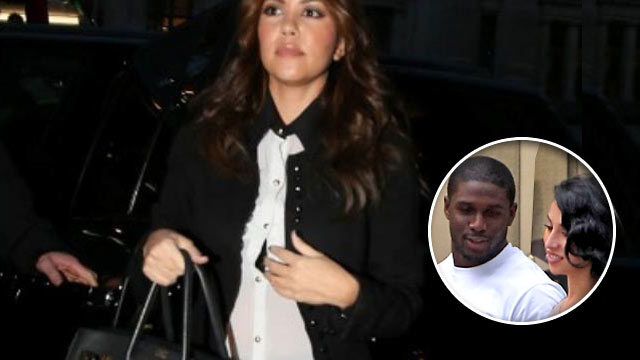 What did Reggie do, exactly? He and Kim broke up ages ago, and both have moved on to other, happier relationships. Yet somehow, in the twisted sister loyalty department, Kourtney Kardashian didn’t get the memo about letting stuff go. Over the weekend, she said there was no way she’d sit near Reggie Bush and his pregnant girlfriend, Lilit Avagyan, in Miami’s trendy Makoto restaurant.

Is she being a bit petty? Probably so. Reggie and his GF were apparently dining at Kourtney Kardashian and Scott Disick’s regular table, so she pitched a Kardashian-style hissy fit, no doubt. Eventually Scott and Kourt were seated clear across the other side of the restaurant, but it was too late — the drama had already begun. Think Reggie Bush gives a flip about the Kardashians right now? No, he’s busy having a great season with Miami and planning for the arrival of his first child.

What do you think?