Kim Kardashian’s sister Kourtney surprised the public with her weight. A slim and gentle celebrity admitted that her weight is less than 45 kilos, which is only slightly more than her son’s weight.

In an episode of the 14th season of the American reality show “The Kardashians Family” one of the main characters Kourtney Kardashian admitted publicly about their weight. The girl reported that she weighs only 44 kilograms. 38-year-old socialite has recently said that she lost a lot of weight and weighs only 16 pounds more than her eldest son Mason. It should be noted that Kourtney Kardashian has three children: two sons and a daughter. The height of the celebrity is only 153 centimeters, which makes her the lowest of the Kardashians. 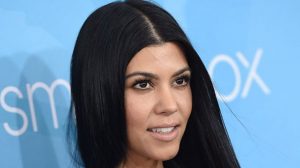