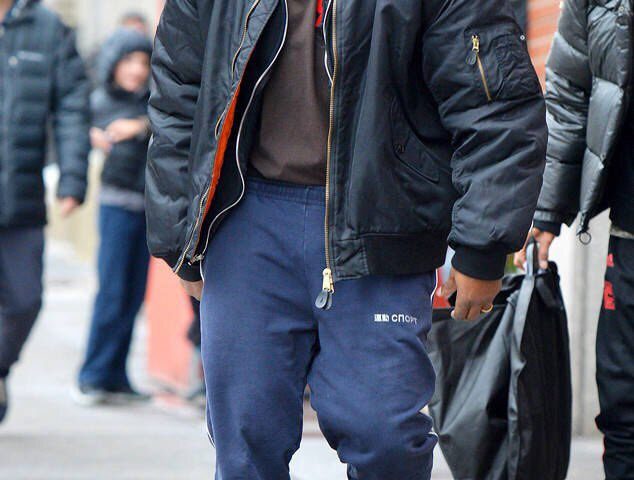 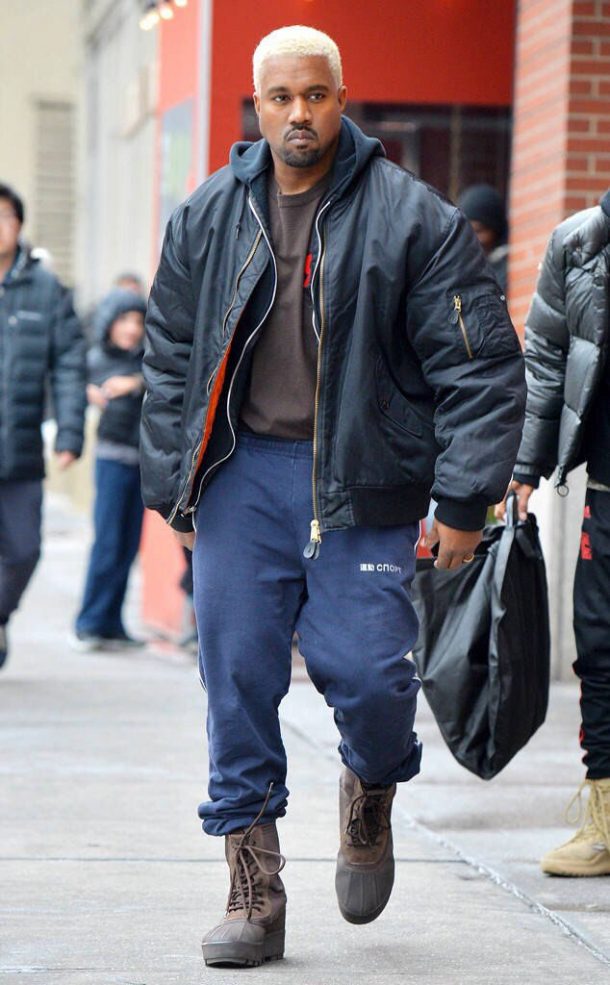 There have appeared new pictures of the famous American rapper Kanye West taken by paparazzi. However, active users of the Internet did not appreciate the celebrity’s look, and compared him with a typical alcoholic from the province.

The users of social network Twitter made fun of a famous rapper Kanye West for his flamboyant style, or for his lack of taste. In the photos that have recently leaked, the singer is making a walk on the streets of Los Angeles and he is dressed very simple. The rapper is wearing sport pants, and it is noteworthy that the word “sport” is in Russian.

West’s fans announced that this item of clothing could have appeared in his wardrobe after meeting with the designer Gosha Rubchinskiy in Moscow. Indeed Kanye West visited the Russian capital in November last year. Twitter users commented on the celebrity style and came to the conclusion that the rapper enjoyed it so much in Moscow that he decided to try on clothes typical of an alcoholic from the province. Others claimed that they themselves would never be able to get out of the house looking like this. Some just wrote, “uncle Bob, looking for the vodka.”