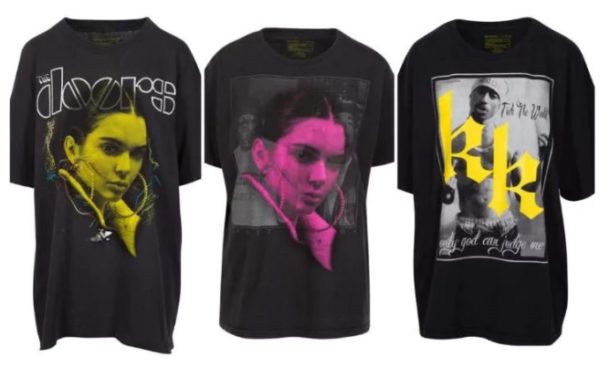 Not long ago there broke out the scandal with clothing on top of which Kendall and Kylie posted their portraits. There would be nothing bad about it unless under their images there were the photos of the famous musicians.

Photographer Michael Miller has filed a lawsuit against sisters Kim,Kendall and Kylie because of the scandalous t-shirts with images of the music icons. It turned out that the girls used a photo of rapper Tupac Shakur without permission, which belongs to Miller.

Miller, in whose portfolio you can find the pictures of Angelina Jolie, Jack Nicholson and rapper Eazy-E, said that he did not give Kendall and Kylie Jenner permission to place photos on clothing and sale them on the Internet. Earlier, the sisters Jenner released a series of t-shirts depicting rapper Tupac Shakur, rock musician Ozzy Osbourne, the frontman of The Doors Jim Morrison and on the top of the pictures they put their photo and logo.

It caused a scandal. By the design ideas of the stars both ordinary Americans, and representatives of the musicians were outraged.