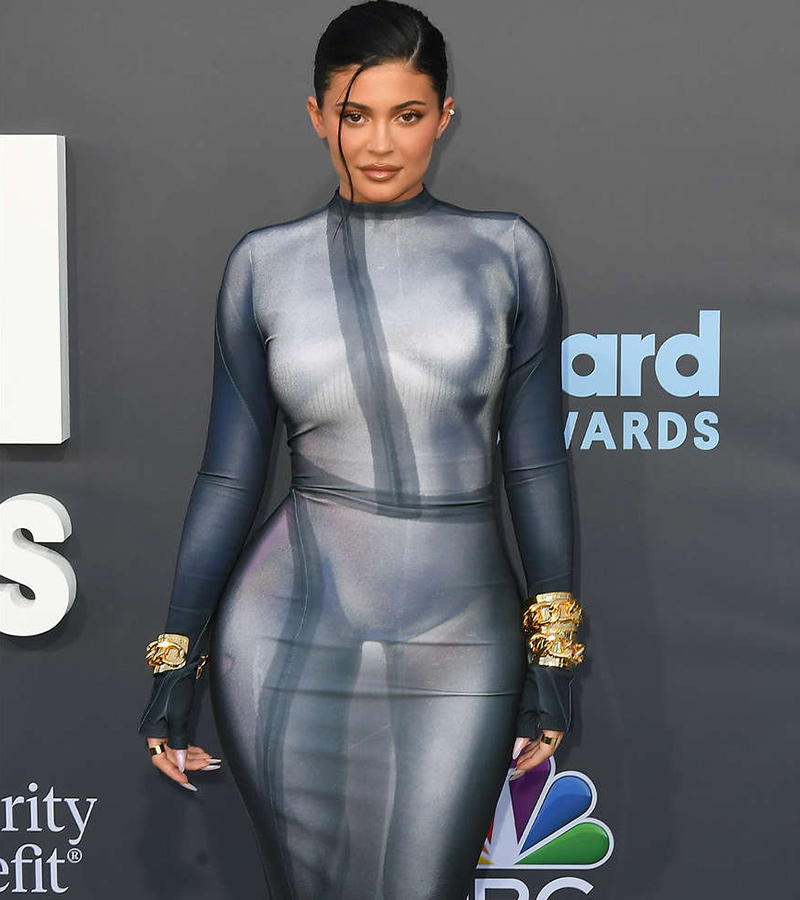 Kylie Jenner appeared on the red carpet of Billboard Music Awards 2022 in a dress with an optical illusion.

The younger of the Kardashian sisters wore a fashionable Balmain “nude” dress that mimics a nude silhouette. In fact, the dress is completely closed, but creates the illusion of transparency and emphasizes all the curves of the body. The dress with an optical illusion is trendy today: in recent weeks similar outfits were shown by Bella Thorne and Bella Hadid.

The reality star came to the ceremony with her 4-year-old daughter Stormi and boyfriend Travis Scott. The young man wore a green suit and white T-shirt, while little Stormi wore a snow-white one-shoulder mini-dress.

More recently, Kylie Jenner admitted to her subscribers that after the birth of her son, she can’t get rid of the pounds gained during her pregnancy. During her second pregnancy, the girl gained 27 pounds, and so far she has managed to get rid of 18. According to Jenner, she is in no hurry to get back to her former shape and “just trying to be healthy and patient”.