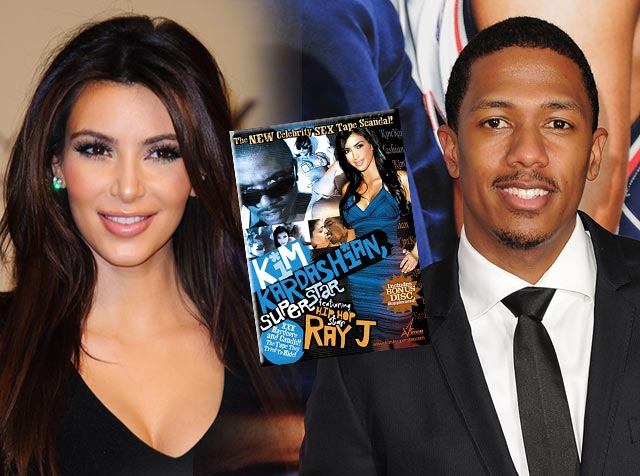 Wait, back up here people: Kim Kardashian dated Nick Cannon? As in, Mr. Mariah Carey, that Nick Cannon? Apparently so. In a pretty shocking admission, Nick Cannon is speaking out about the relationship, saying not only did he date Kimmy, he also kicked her to the curb because of her tape with Ray J.

Wow, right?! Everyone thought they knew everything about Kim Kardashian apparently didn’t. During an interview on ‘The Howard Stern Show’ recently, Nick Cannon said that yes, he and Kim were together for a while, but he broke things off with her because she lied to him. And what exactly did she lie about? The existence of the sex tape she made with Ray J, of course.

To be fair, Nick Cannon didn’t really slam Kim Kardashian in the interview — quite the opposite. Nick said that even after the lying about the sex tape, he still believes that Kim is “…actually one of the nicest people you’ll ever meet.” But he also suggests that Kimmy might’ve been behind the tape’s supposed leak.

Is Nick Cannon telling the truth? Only time will tell, because eventually, the truth about who leaked that Kim Kardashian/Ray J. sex tape will come out. It might be years from now, but it’s bound to happen.