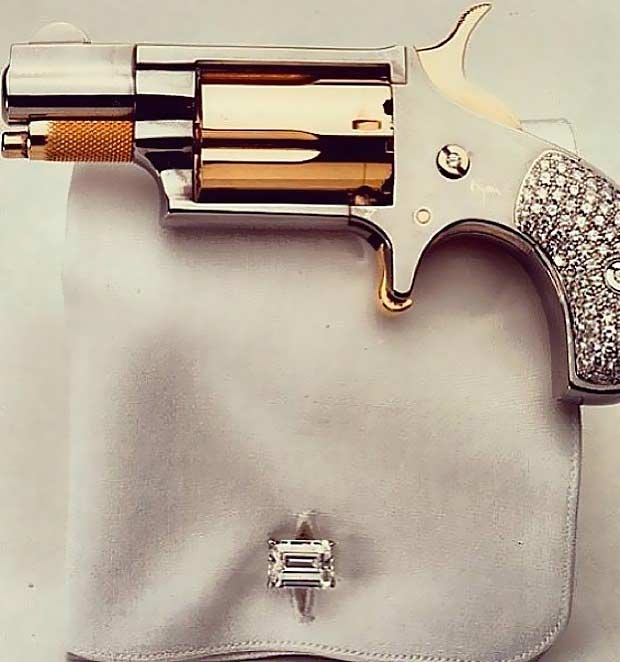 Kim Kardashian somehow manages to create controversy without trying, doesn’t she? Over the weekend, Kimmy decided to tweet out a photo of a diamond-encrusted handgun. The photo was later taken down (quickly) after a huge controversy broke out. Should Kim be posting photos of guns? Is she endorsing the use of them? Given the recent events at Sandy Hook Elementary School, it seems somewhat insensitive and in poor taste.

Last month, Kim Kardashian was among the many celebrities who publicly took a pledge to try and reduce gun violence in the wake of the tragic shooting outbreak. It seems like bad timing. Kim wasn’t saying with that pledge NOT to own guns, but with celebrities, it’s all about perception.

Was Kim insensitive to post the gun picture? The fact is, she probably didn’t give it much thought. She’s been photographed learning to shoot a shotgun, after all. And by the way, the photo The Sun published of Kimmy holding a shotgun was definitely just a pose. If she’d pulled the trigger holding the gun that way, she would’ve broken her collar bone.

No, Kim Kardashin clearly didn’t give any thought to posting the fancy designer gun photo, because if she had she might’ve realized that it was a mistake.