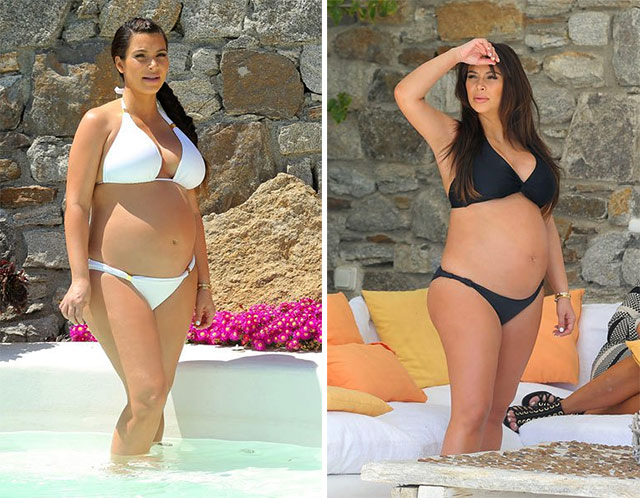 Okay, most people are willing to cut Kim Kardashian a little slack for wearing her heels while she’s seven months pregnant. But getting plastic surgery treatments while she’s with child, too? No bueno. A newly released story makes a shocking claim about Kim: She’s apparently still getting Botox injections, even months into her pregnancy.

If this is true, it’s extremely irresponsible of Kim Kardashian to do this. Botox hasn’t been studied in pregnant women, so there’s no real information about whether the procedure is even safe for baby. The same goes for those lip fillers Kim K. is rumored to get fairly frequently.

How screwed up can you get? Seriously? Most normal pregnant women would flip out if they took even one sip too much of coffee (some OB/GYNs say a cup a day, max). Not Kim Kardashian, if this story is to be believed. No, she’s perfectly fine waltzing off to the plastic surgeon’s office to make sure her puffy pout stays perfect and her face stays frozen in place.

Let’s all hope that Kim Kardashian has enough sense not to undergo any procedure that could be considered risky for her baby. This is probably just another hyped-up Kimmy story, but you never know.