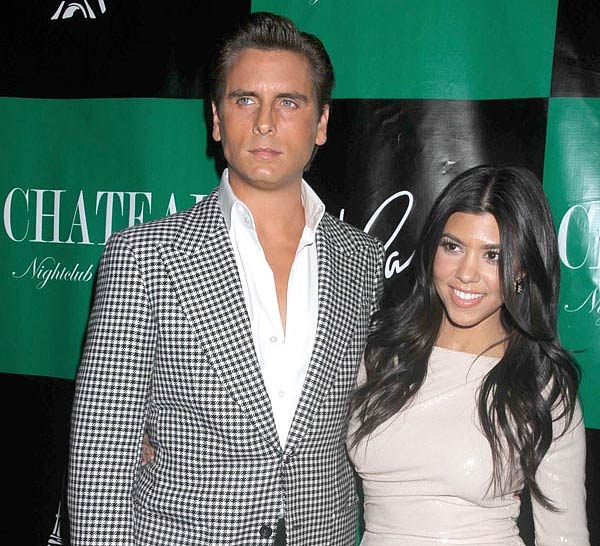 Rumors that Kourtney Kardashian and Scott Disick’s relationship is on the rocks have been circulating for nearly as long as the couple’s been together. Recently, even after the birth of their second child, the whispers of possible problems have become shouts. Are these two really on the outs? Because if so, mama Kris Jenner wants their break-up to be extremely public!

Scott Disick has a hard-partying past, and over the years, he’s battled all sorts of demons (most of them connected in some way to alcohol). Through it all, Kourtney Kardashian has still tried to make their relationship work. Kourt just gave birth to their second child, Penelope, in July, but some believe that things haven’t gotten better between her and Scott.

Hollywood Life quotes a Kardashian family friend as saying that Kourtney and Scott “…are non-stop fighting and at each other’s throats.” And guess who is smack in the middle of all of it? That would be Kris Jenner, of course. This same source claims that Kris is urging the couple to, “Save your drama for the cameras.”

In the Gone Too Far department, no one rules like Kris Jenner. If Kourtney Kardashian and Scott Disick really are about to split up, it’s a bad thing. Kris needs to stop and really think about this: Kourtney is her daughter, and this couple’s beautiful, innocent children are here grandchildren, for heaven’s sake! It’s virtually assured that ‘Keeping Up With the Kardashians’ will air in syndication forever, so someday, baby Penelope will have the displeasure of seeing her parents possibly break up for good, via the show.

Everyone involved in all of this needs to take a step back and think about the good of these kids, especially Kris Jenner!