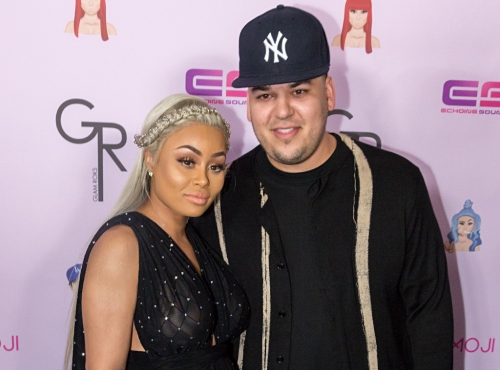 Recently, there has been another scandal in the Kardashians family, but this time it concerned Rob, Kim’s brother. His girlfriend, model and stripper Blac Chyna, deceived him, took their daughter and left.

A month ago, Blac gave birth to their daughter Dream Renee, and was considered not only Rob’s girlfriend, but a bride-to-be. As it turned out, there has never been love. Chyna started a relationship only to become a part of the famous name and family. She has been hacked and all her correspondence was published in her Instagram account. She called their relationships just PR. In one of her correspondences with her friend she insulted Rob and continued romantic messaging with Jaden Smith, rapper Young Thug, and others.

After this revelation the couple had a scandal, which resulted in Chyna taking her daughter and leaving Rob. At the moment he is missing Dream and is shocked by the betrayal of his bride.