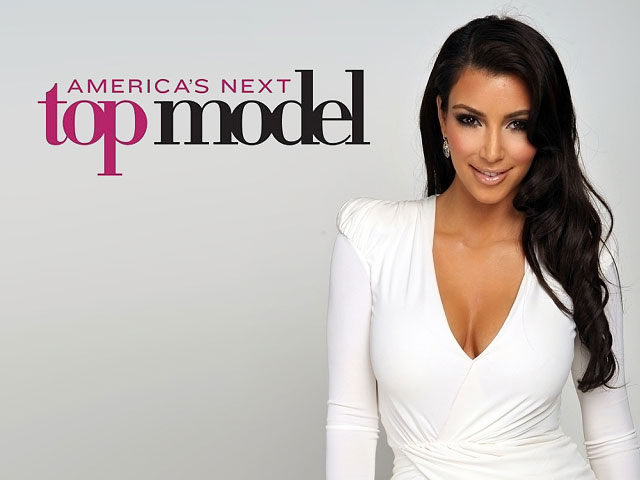 Kim Kardashian is many things: sex tape star, successful businesswoman, socialite — but is she also a potential reality TV show host, too? Kim’s sister, Khloe Kardashian, recently landed a high-profile hosting gig on ‘The X Factor,’ and now the Kardashian Momager, aka Kris Jenner, is lobbying for her other daughters to secure similar jobs.

This begs the question, once again: Could Kim Kardashian pull off hosting duties for a major network TV show? Khloe Kardashian Odom seems like a natural for the job. She’s bubbly and spontaneous and she definitely speaks her mind (sometimes too quickly, filter Khloe, filter). But despite rumors that Kris Jenner wants Kim and Kourtney Kardashian to try and land a similar gig, it just doesn’t seem like that good of an idea.

Supposedly, Kris thinks that Kim Kardashian would be great on a show like ‘America’s Next Top Model.’ Kimmy is certainly used to being in front of the camera, and she has photo shoots on a nearly weekly basis, but does that automatically qualify her to host something like ‘ANTM’? No, it doesn’t. This all goes back to the fact that Khloe really stands out more than Kim or Kourtney in the personality department. Having a great personality is a common thread among all the most successful reality TV show hosts. Kim K. needs to stick to what she does best: posing for paparazzi, filming her E! reality shows and being Kanye West’s girlfriend!