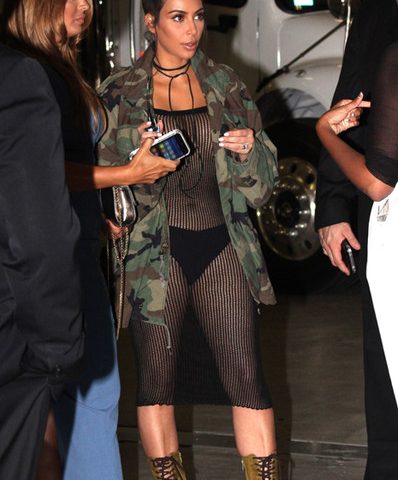 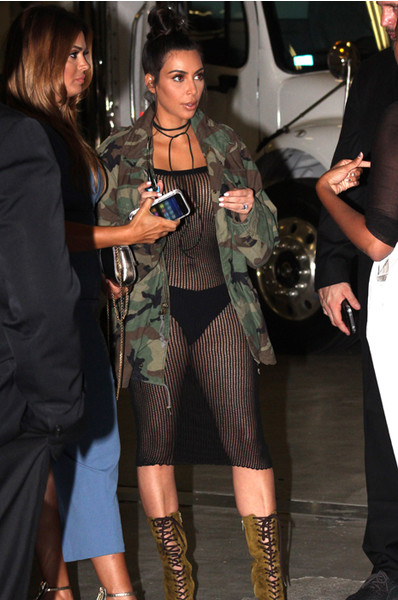 The scandalous star chose a mesh dress, revealing her underwear, as an outfit for the party.

35-year-old Kim once again tried to gain the attention of the public with a provocative dress. Instead of putting on an ordinary dress, Kardashian chose a mesh dress as the best option for an upcoming party. The outfit is completely translucent, which made the image look very vulgar.

Kim’s fans also noted the celebrity’s bad taste and incompatibility of elements of the outfit selected by her for the party. She complemented her vulgar dress with the rough coat of the “khaki” color, which, if judged by the size, did not belong to her. The main touch was the autumn laced high shoes with the pointed toes.

Nevertheless, despite her tasteless and often provocative manner of dressing up, she is a real trendsetter. For instance, Kim went for lunch at one of the most expensive restaurants in Malibu in a rather nice look. It was casual denim set from Roberto Cavalli, which consisted of a tight mini-skirt and a cropped jacket with an interesting lacing as a decoration. Kim offers to wear it with nude stiletto sandals from Manolo Blahnik. And another important detail to the image: natural makeup and casually styled hair. 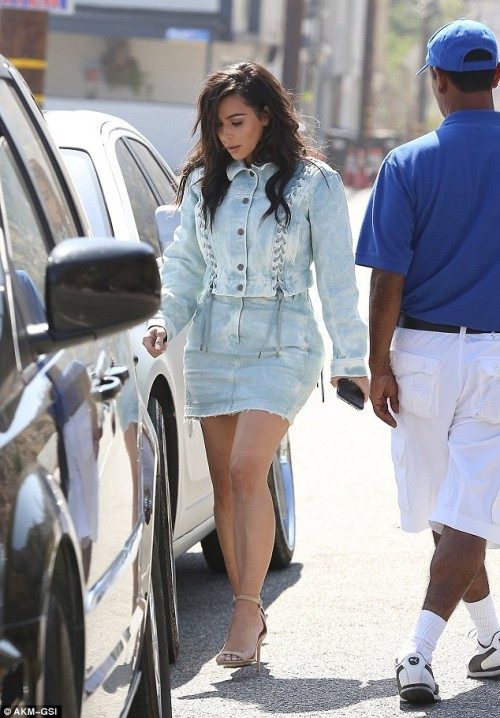