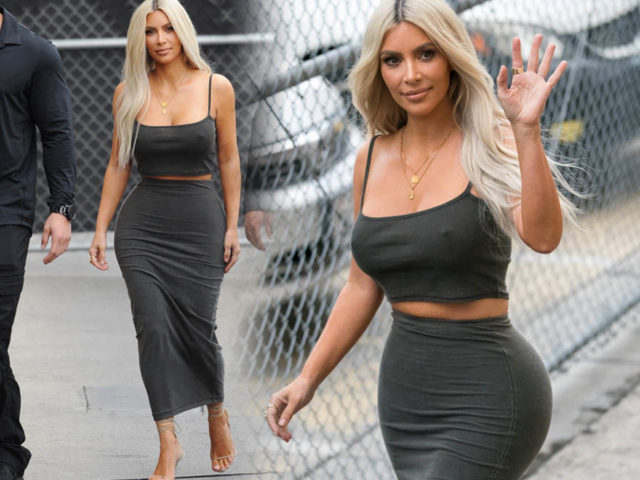 Kim Kardashian was photographed by paparazzi before visiting the Jimmy Kimmel show. As an outfit the model chose a topic without bra. Photographers captured Kardashian at the back door of the Studio.

In the picture the star’s nipples are clearly seen. In addition to the black top, Kardashian wore a long skirt, creating the effect of a torn dress. The image was complemented by the elegant lipstick and a small gold necklace on her neck. However, all attention was cast on Kim Kardashian’s breast.

Paparazzi believe that after she had her hair dyed into blonde, the model continues to experiment on her looks and the top without a bra was one of such an experiment. They called it not very successful, since in the evening at the event she was accompanied by her husband Kanye West, and she put on the entire lingerie set.