For all her crazy drama, Kim Kardashian is an American. That being said, Kimmy is urging everyone to do their civic duty as Americans today and vote. This U.S. presidential election is going to potentially be a very close one, and Kim K. wants to be sure that everyone casts their ballots — no matter who they support. 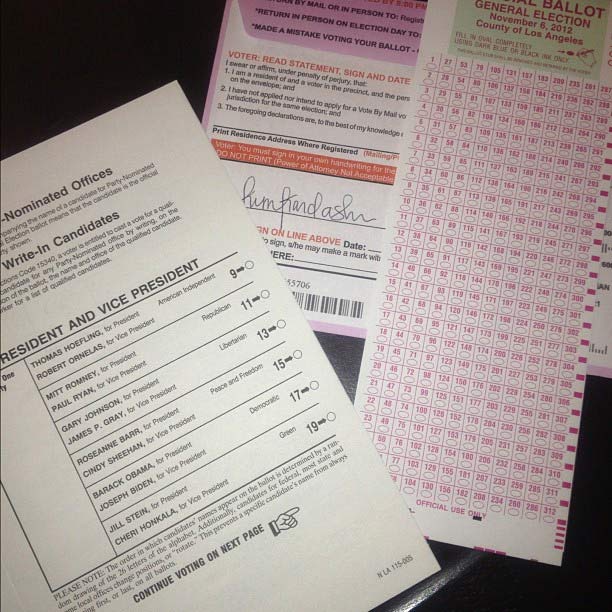 On her personal blog, Kim Kardashian posted a photo of her own absentee ballot as a friendly reminder for all to vote. Who does Kim support? Most likely, it’s President Barack Obama. Her pals Jay-Z and Beyonce hosted a big fundraiser for Obama earlier this year, and Jay-Z also appeared at a huge rally for the President on Monday.

That being said, Kim Kardashian was smart in telling everyone that it’s important to “vote how you want to vote” based on your own beliefs. She was apparently taken aback by everyone telling her how she *should* vote. Kim K. is encouraging her millions of fans, many of them younger, that they must cast their ballots in today’s election. Go Kim! But Interestingly, it is at least in some way able to influence her fans?