Khloe Kardashian’s new job as co-host of the popular FOX reality talent show ‘The X Factor’ is definitely exposing her to a whole new set of fans. Any time someone takes such a high-profile gig, they’re under scrutiny. Khloe knew that would be the case, and she decided to try and drop a little weight before making her big ‘X Factor’ debut. 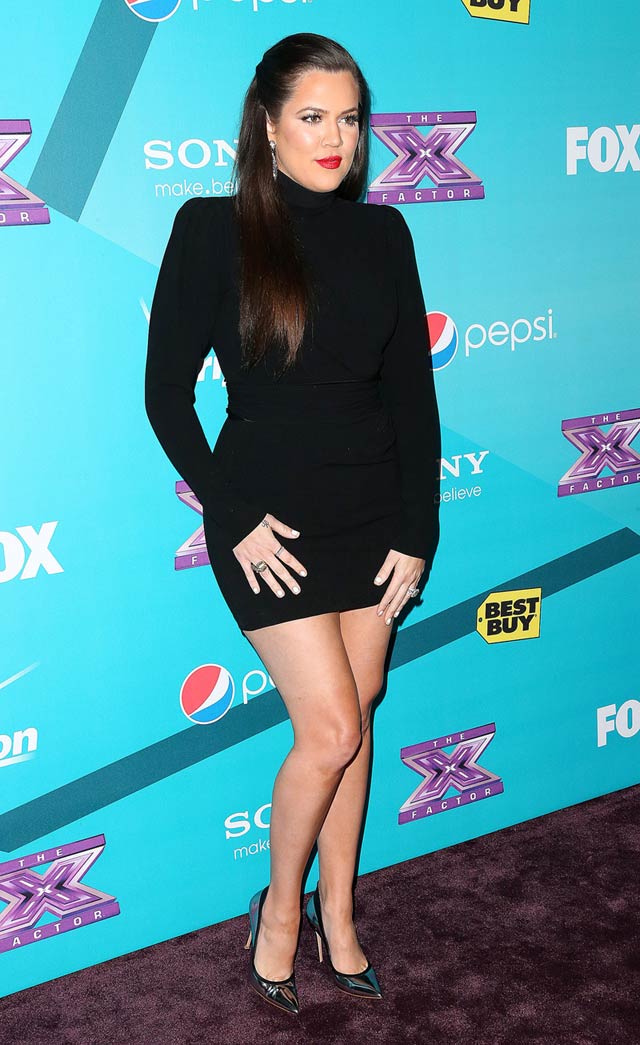 How did Khloe Kardashian lose weight? Clearly, for anyone who’s seen her on ‘The X Factor,’ she’s much slimmer. Khloe says she decided to make some major changes. She says she’s working out a lot more and making the necessary dietary changes “slowly.” That makes a lot of sense. It’s always better to do things the healthy way, because whatever weight gets lost, it tends to stay off!

Khloe Kardashian tells ‘Us Weekly’ that there is one particular food she had a ton of trouble giving up. What is it? Cheese! Yes, Khloe is a big cheese fan, but dairy of any kind can be a diet killer. Hopefully she’s still able to enjoy some of the foods she loves, albeit in moderation.

Have you noticed Khloe Kardashian’s weight loss? She looks positively amazing on ‘The X Factor,’ and it’s great to know she’s taking off the pounds the smart way.