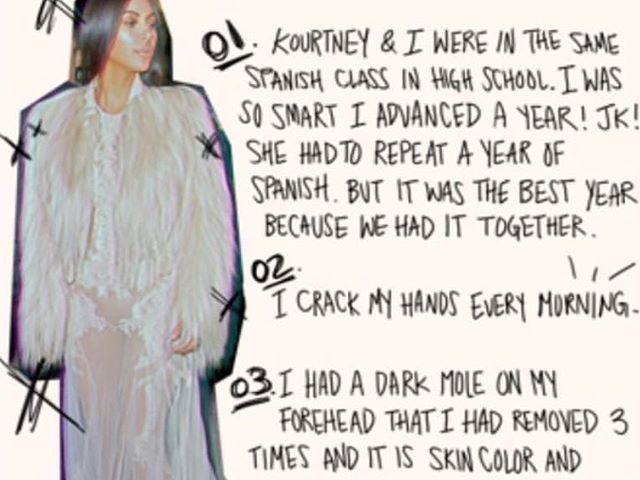 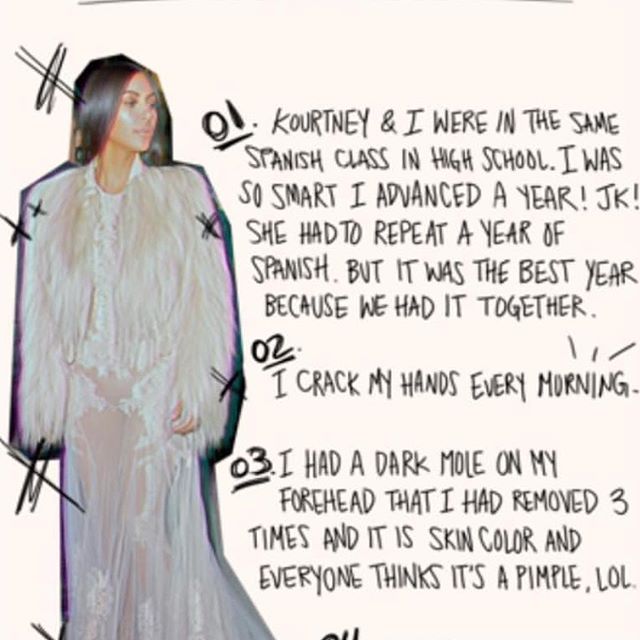 Kim Kardashian has decided to become closer to her fans. She has published 20 previously unknown facts about her personality on her website. There the fans were able to read interesting, unexpected and strange details of her life. For example, Kim wrote that she sleeps with her eyes open. “It scares the hell out of people,” she joked.
Kardashian knew Kanye West would become her husband. “I love only heat rooms and hate when the air conditioning is on. I knew Kanye and I were meant to be when I slept over and he had the heat on,” confessed Kim.

In her revelations Kim mentioned her sister Kourtney. They were in the same class in Spanish and Kim was the best, and Kourtney was left for a second year. Kim supported her sister and she repeated a year as well. She does not regret, “It was the best year because we had it together.”

Also Kardashian said that she was kicked out of tennis camp for kissing a boy. At school on tests she used sign language to communicate with her classmates and cheating from them. She has 6 piercings: one in her belly button, one in her right ear, 3 on her left lobe and one in her left ear. The model is wearing permanent retainers on the back side of the teeth and she removed a mole from her forehead.

Fans did not expect that much to learn about Kim!