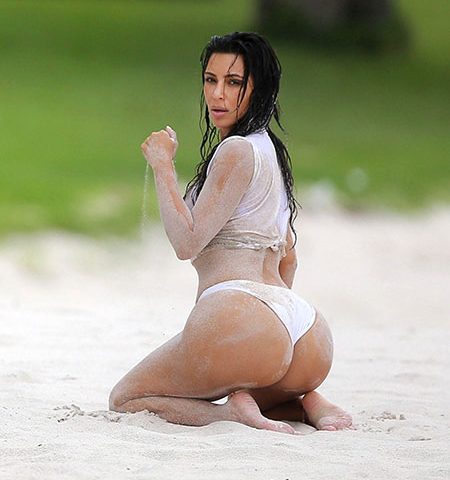 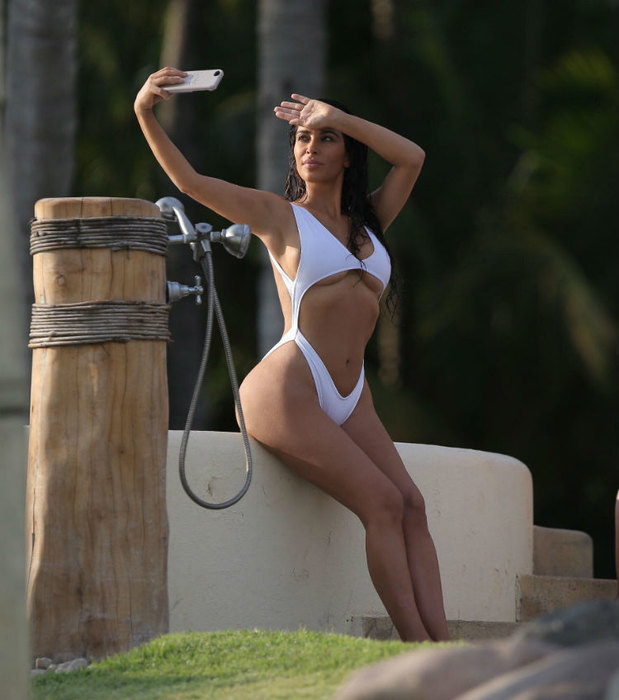 Kim Kardashian is having a good time in the small town Punta de Mita, Mexico with her children – her daughter North and her son Saint. Kim does not only have time to build castles in the sand with her daughter but also she cherishes herself with a hot photo shoot. The paparazzi have published new photos with the reality star. Dressed first in a white top (previously having soaked it) and bikini, Kim had a provocative photo shoot on the beach. After that she changed into another bathing suit, which was also white, but not very suitable for her size, and continued to be photographed by the pool.

To remain in such an impressive form Kim does lots of exercise and follow a special diet. Her sister Khloe has recently admitted that she would never be able to eat like Kim. ‘My sister’s diet is just crazy. You even can’t imagine what she really eats. Each member of our big family has different food habits, and if we’re going to sit together in a restaurant, we have to choose the dishes for a very long time. Kim’s diet excludes all sweets and carbohydrates, but it allows her to eat meat and dairy products. I can’t live without sweets plus I don’t eat meat and dairy products, and I know I would not have survived being on her diet.