Leave it to Kim Kardashian to take Halloween costumes to a whole new level. This past weekend, Kim K. hosted a flashy New York City Halloween bash, and she dressed to impress. After months of planning, Kim debuted her big costume: a mermaid!

Yes, Kim Kardashian decided to go with a mermaid costume inspired by the hit comedy movie ‘Splash,’ but did she actually make a splash? She’s no Daryl Hannah, after all. But really, Kim’s Halloween costume for the Midori Green Halloween party was actually pretty cute. Kim paired a blonde wig with her green, sequined fishtail skirt and shell bra top, and it worked well.

This year’s mermaid costume was a big step up from last Halloween’s get up, when Kim Kardashian went as Poison Ivy, wearing a bright red wig. Kim also got her boyfriend, Kanye West, in on the act this year. He attended the Halloween bash dressed as — what else — a captain! So there you go: Kanye rescued his beloved Kim from the depths of the sea (or the depths of despair, after a failed marriage).

What do you think? Hot, or not? 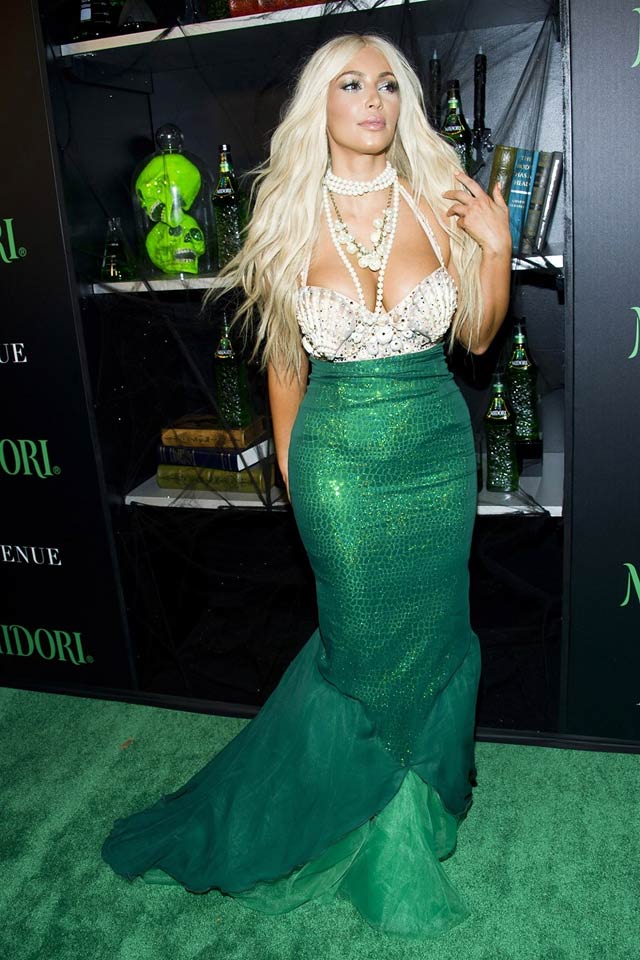 One thought on “Kim Kardashian Celebrates Halloween as a Mermaid!”