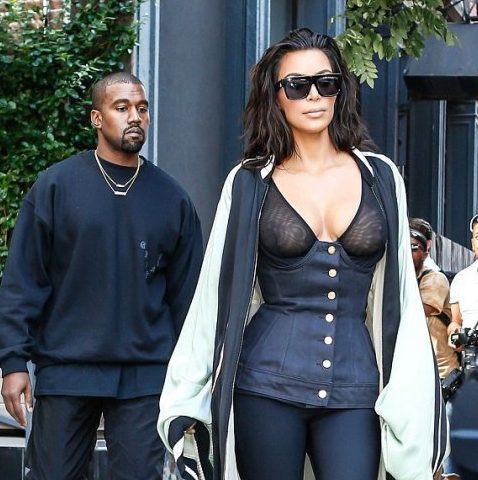 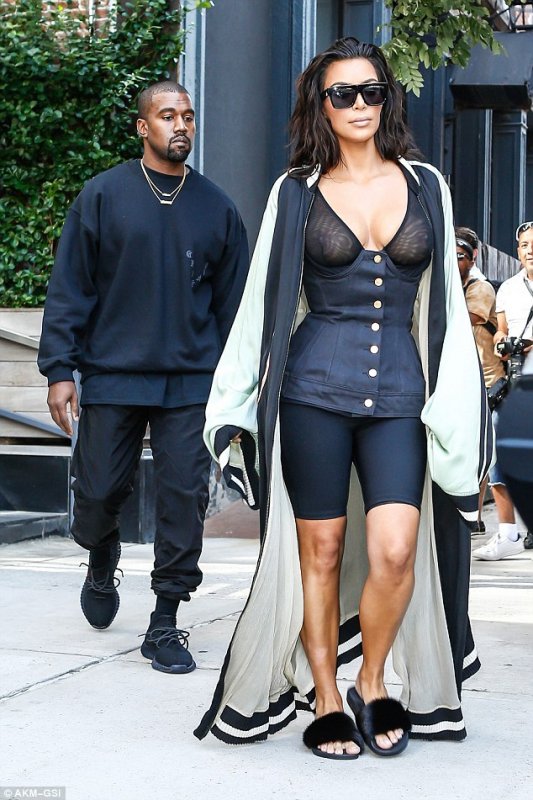 Kim Kardashian has millions of fans all around the world. Girls envy her figure and strive to be like her and guys want her to be their girlfriend. Kardashian usually chooses her outfits carefully  shining on formal occasions. However, this time her choice was at least odd.

Recently paparazzi have captured Kardashian while she was walking. Her fans saw the pics and were rather perplexed, asking why their idol dressed this way.

The star was dressed pretty extravagantly. She wore a tight low-necked blouse with corset . It is worth noting that Kim allegedly accidentally forgot to wear her bra, and her nipples were shining through the clothes. Kardashian also wore  knee-short leggings and a sports coat which was several sizes larger. She finished her strsnge look with sunglasses and flip flops with fur.

The users of social networks criticized a new outfit of the star. They found it horrible and tasteless as the stuff worn by Kim absolutely did not fit together and only spoiled the beauty of the celebrity.