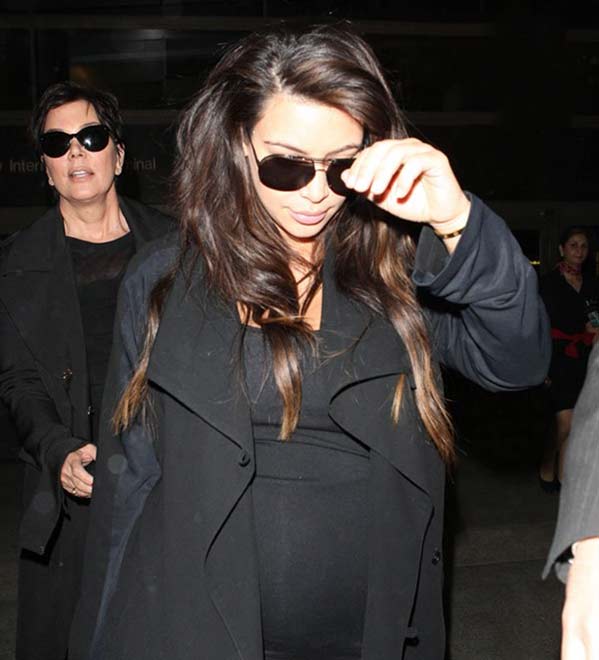 If there’s one thing Kim Kardashian knows a lot about, it’s living in the public eye. Next to Kate Middleton, Kim is probably the most photographed woman in the world – so doesn’t it make sense that she’d also be pretty savvy when it comes to dodging those pesky photographers?

That’s exactly what Kim Kardashian did, and continues to do, in the month since giving birth to baby North West. As the world waits eagerly for any photo of the newborn, it’s hard not to wonder how Kimmy is managing to keep things so private!

Some new details have emerged about how a pregnant Kim Kardashian managed to get in, and out, of the hospital to give birth to Nori without one single photographer spying her. It seems that with the help of momager Kris Jenner, Kim came up with a pretty smart plan to fool the paparazzi. Kris provided a lot of details on her new talk show. She says it started with an urgent email from Kim, saying she was going to have the baby early (five weeks early, to be exact).

Kris Jenner says they’d worked out all sorts of elaborate plans for the baby’s birth, including hiring extra security and even a “decoy” car to try and throw photogs off of their trail. Once it became clear that the baby was coming early, however, all bets were off – there were a lot of last-minute scrambling moments.

Once Kim Kardashian was ready, Kris Jenner summoned a decoy car, and, with help from a friend, they got Kim from her house to a hotel. At that point, Kris says, they “hid” Kim under tons of blankets (Kris hid too) and managed to get to the hospital in time. The intrigue wasn’t over: Jenner says once they arrived at the hospital, they had to use a “secret garage” and a “secret alley” to get Kim in.

See? It’s kind of incredible that it worked, but it sure did – because to this day, no one has seen baby North West and no one had photos of Kim arriving/departing the hospital!