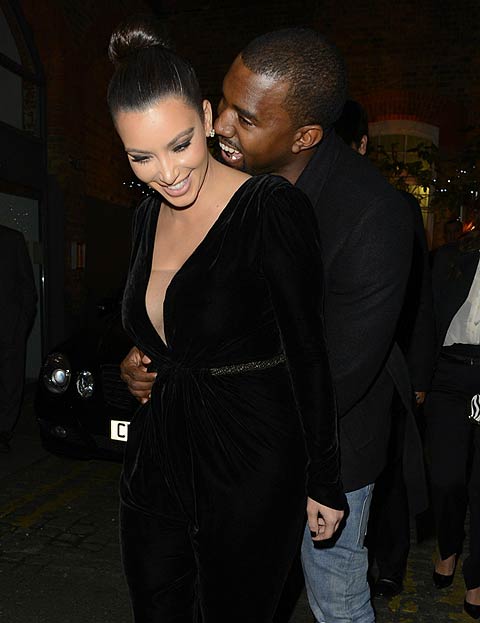 Kim Kardashian’s trip to London on business was probably just one of her run-of-the-mill things. That is, until her sweet boyfriend, Kanye West, showed up! Yes, Yeezy opted to visit his lady love in England this week. Considering that these two are virtually inseparable these days, it’s not surprising that Kanye didn’t want to be anywhere else but by Kim’s side during her trip.

Kim, who is in London as part of a promotions deal, could always do the city solo, hitting up the shops and snatching up great fashions at Harrods or some other fancy London store. Now that Kanye West is with her, the trip is probably a whole lot more fun.

And yes, rumors continue that Kim Kardashian and Kanye West are going to get engaged at some point. For now, though, isn’t the fact that they can’t stay away from each other proof enough that the relationship is super serious? It’s really hard to keep track of all Kim K.’s travels each week, but when you see Kim now, you almost always see her main man too.

What’s on tap for the rest of the weekend, Kimmy? Dinner in Paris, a romantic trip to a private island somewhere? Ah, the life of the rich and famous!