With Kim Kardashian expecting a baby later this year, she and Kanye West have decided it’s time for some serious vacationing. Specifically, a trip to Europe! Kimmy and her man (and their fetus) are jet setting all over the globe right now. They’ve enjoyed a relaxing trip to Paris, France, and then they decided to head to Italy. Is it possible for a fetus to rack up frequent flier miles? Exactly when does that start? 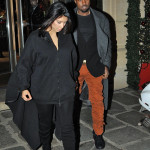 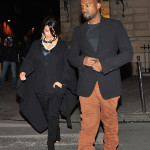 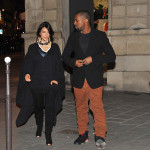 It’s great that Kim and Kanye decided they needed some couple time. Taking a great trip together is a wonderful way to relax before baby arrives. In fact, some new parents say a “babymoon” is just what they needed before the chaos set in. It’s a chance for a couple to relax and reconnect, before the 4am diaper changes and feedings get going. With Kim Kardashian and Kanye, however, it’s likely they’ll take several “babymoons” before their bundle of joy arrives.

Is all of this flying good for Kim, though? It’s probably okay. Some doctors recommend that pregnant women cut back on flying during the first and certainly the final trimesters, but with Kim K. it won’t be easy. She and Yeezy are nearly constantly traveling! Hopefully once their new multimillion dollar mansion is fully renovated, they’ll be ready to stay put for a while. In the meantime, expect a lot more globetrotting Kimye pictures in coming days.