Say what you want about Khloe Kardashian, but it’s hard not to respect her for standing up for herself. Khloe has long been the most outspoken of the Kardashian sisters. She’s quick to defend anyone who says anything negative about her family — or about her. Now, she’s firing back at critics who speculated about her weight in recent days. 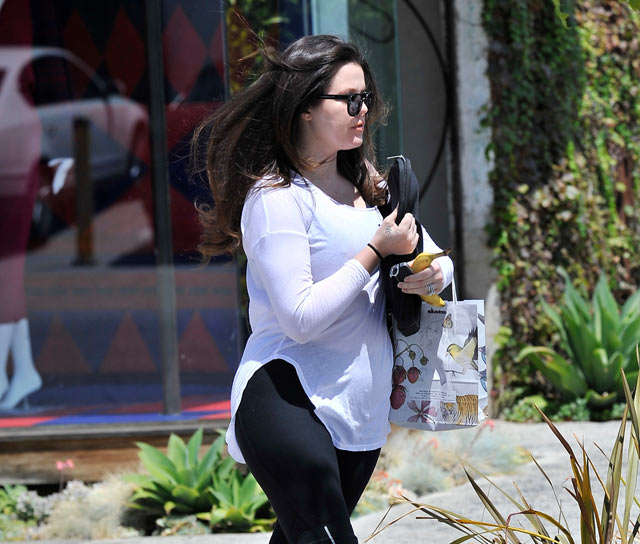 Khloe Kardashian’s favorite weapon is her words, and there’s no better platform for her to voice her opinions than on Twitter, where she has millions of followers. After some nasty reports surfaced that discussed Khloe’s weight (in a very unflattering way), the youngest Kardashian sister let loose, saying “Still get disgusted by how people judge others by weight. Either “fat” or “skinny”. Nothing is ever good enough.”

She’s absolutely right. If she gains a little weight, the media claims that she’s either pregnant (finally) or she’s let herself go. If she looses too much weight, some will claim she’s ill. It doesn’t matter, because Khloe Kardashian is correct that no one will ever be perfect when they’re in this kind of media spotlight all of the time.

Khloe Kardashian wasn’t quite done with her rant. A short time later, she tweeted, “Throwing stones behind a screen. If you must judge a person. Try judging their soul.” Go Khloe! Sadly, she noted that her “brick walls are getting higher and higher.” Most likely she meant that she was getting harder, and more able to withstand the criticism she gets so often. Hopefully she didn’t mean that she was becoming hard and isolated to keep her emotions in check.

It’s high time for the media to lay off of Khloe Kardashian, particularly about her weight. The fact is, she’s positively gorgeous, no matter what size she is!