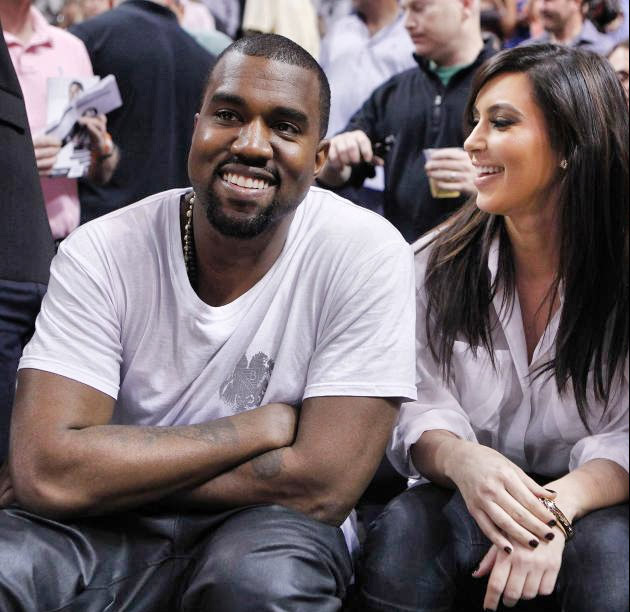 Kim Kardashian tends to have a pretty negative effect on her boyfriend’s careers. Yes, Reggie Bush managed to win a Super Bowl while he was with Kim, but overall, the high-profile relationship can be damaging. Is it hurting Kanye West’s career, too?

One source says yes: Kanye West’s career is very much in jeopardy because of his relationship with Kim Kardashian. That source said that initially, Kanye made it crystal clear to Kimmy that he did *not* want to appear much on her reality show, ‘Keeping Up With the Kardashians.’ So much for that, huh? Kim apparently got really upset, and Yeezy caved. Now, it seems his own career as a rap mogul and a businessman might be suffering because of his Kardashian association.

Why? Because like it or not, his coupling with Kim Kardashian might mean people aren’t taking Kanye seriously anymore. The source, who spoke to the New York Daily News, says quite simply: “His personal life is overpowering his music.”

That’s exactly what’s happening. It’s almost what happened to Reggie Bush, too. But what can Kanye West do? If he truly loves Kim Kardashian, he can’t kick her to the curb just because it’s hurting his career, can he? Time will tell whether this power couple can keep things together, but in the short term, Yeezy’s love for Kim might be hurting his bank account in a major way.